Walsham Le Willows Sports Club CASC held its annual general meeting on 8th April 2019 for a select gathering of members plus Jessica Fleming SCC & MSDC councils and retiring MSDC councillor Derek Osborne; both were thanked for their help in raising funds for Sports Club projects. Financial results for the year were positive whilst the Club continues to invest in better facilities for existing sports plus adding new dimensions such as walking netball and the weekly Great Run Local. END_OF_DOCUMENT_TOKEN_TO_BE_REPLACED 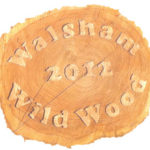