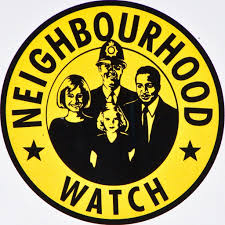 Help us keep our communities safe

It’s been a month of mixed results for the First Team  League wise we drew 2 -2 at home to Haverhill Rovers coming back from 2-0 down. We then lost at home by the odd goal in three to Godmanchester Rovers having played for twenty minutes with ten men. We were thrashed away by third placed Coggeshall Town but then thrashed Wivenhoe Town at home by 4 goals to nil. A brace from Cameron Nichols and a goal apiece for Callum Dongray and Lee Hammond did our goal difference the world of good. In the League Cup we beat Long Melford 6 -5 on penalties following a 1-1 draw. Lee Hammond was our goalscorer in the Suffolk premier Cup we lost 3-0 at home to Brantham Athletic.

The Reserves thought they had won their first league game of the season beating Ipswich Wanderers Reserves away but a few days later Wanderers withdraw from the league. END_OF_DOCUMENT_TOKEN_TO_BE_REPLACED

Before the regular report the Sports Club want to express how sorry they all were to hear of the sudden death of Josh Gilbert a much loved member. Josh was a young man who enjoyed his sport and played Cricket for the club as well as Rugby for Thurston. He was also an avid Ipswich Town Supporter and keen follower of Walsham Football Club. He was also a leading member of the young farmers club having been chairman of the local branch. He was a key member of the sports club Central committee who always contributed to meetings. He was a gentle caring person who will be sadly missed by everyone at the club whose thoughts and prayers go out to Anita, Howard, Tim, Charlotte, Josh’s girlfriend Lucy and all members of the Gilbert family as well as all his friends at this very distressing time for all of them. END_OF_DOCUMENT_TOKEN_TO_BE_REPLACED