Before the regular report the Sports Club want to express how sorry they all were to hear of the sudden death of Josh Gilbert a much loved member. Josh was a young man who enjoyed his sport and played Cricket for the club as well as Rugby for Thurston. He was also an avid Ipswich Town Supporter and keen follower of Walsham Football Club. He was also a leading member of the young farmers club having been chairman of the local branch. He was a key member of the sports club Central committee who always contributed to meetings. He was a gentle caring person who will be sadly missed by everyone at the club whose thoughts and prayers go out to Anita, Howard, Tim, Charlotte, Josh’s girlfriend Lucy and all members of the Gilbert family as well as all his friends at this very distressing time for all of them.

The First team have had a decent start to the season and had a great local Derby win at Thetford Town winning 2-1. Ryan Clark and Andy Cusack were the goalscorers.  Unfortunately their last fixture ended with their heaviest defeat of the season to date losing 5-0 away to Godmanchester Rovers. We still have plenty of faith in our young side and hope that October will provide us with several more points.

The Reserves started their league Campeign with a draw at Hadleigh. Cameron Nichols our goalscorer. However they were thrashed 7-0 away to Halstead in their only other game to date.

The under 18’s have had a difficult start to the season and were thrashed away to Felixstowe before bowing out of the Suffolk Youth Cup away to Woodbridge.  Last week however they drew 4-4 in the League at Woodbridge and played much better than of late. 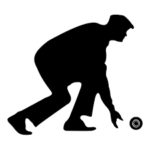 Unfortunately The Saturday team lost their final game at champions         Kesgrave and missed out on promotion by a point.  The Sunday firsts were relegated to Division two of the Hunts County Bats League.