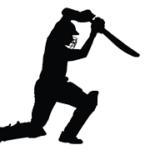 The First team lost 3-0 at home to Kirkley and Pakefield at the start of the month.  They then lost 1-0 at Stanway Rovers in the quarter finals of the League cup but were extremely unlucky not to take the tie into extra time.  They won their latest league match beating Wivenhoe Town 5-1 away.  Ryan Clark had an excellent afternoon scoring all five goals.  A record for Walsham in the Eastern Counties League.

The Reserves have improved dramatically in the second half of the season but lost 3-0 at Felixstowe.  They then beat Wivenhoe Reserves 3-0 at home.  The impressive Kieran Twinn scored twice while Luke Bates also scored.

The B team won their latest league match 3-0.

The under 18’s drew their only match of the month 5 all with Felixstowe and Walton United.  Ryan Stiff scored a hat trick while Luke Patterson and Henry Walshe also scored.

The Ladies and Veterens team have also won their only match of the month.

On Monday 26th March The Sports Club AGM takes place at 7.30 pm in the Clubhouse.

Saturday March 31st.  We have a Cockney Knees Up themed night featuring Cockney Barrer so come along and enjoy the party from 8pm onwards.

For further information on these and other events please contact mrsp@hotmail.co.uk | gordonaross2@gmail.com | 07742 111892