Directly to the Minors On Tour for the Memorial Hall

When you do your shopping via Give as You Live.  You can shop at over 4,200 top online retailers and a percentage of your purchase will be donated to the Memorial Hall Fund.

By searching online for anything using the Everyclick search engine and donations will go to Memorial Hall Fund for every search.

During April 2018 Morris Minor OEA 736, a 1956, 4-door, split windscreen, dark green, 948cc saloon, will make a tour of all 37 World War ll airfields in Norfolk, in order to raise awareness of their vital, yet very costly role in winning the six-year war against Germany.

‘Mrs Morris’ will be sponsored for the tour to raise funds for the Royal Air Force Association and the refurbishment of kitchen and bar areas at Walsham le Willows Memorial Village Hall which was built by volunteers in the 1950’s as a memorial to the service men and women of two World Wars. The project will bring a twenty-year programme of refurbishment to a close, make the whole building fit for the challenges of the 21st century and maintain it as a proud memorial to that generation who gave their today for our tomorrows.

We, that is me and my navigator Ken Stockton, both over 80 years young and both former servicemen in Germany, propose to visit all the airfields on a clockwise route starting at Fersfield near Diss and finishing at Thorpe Abbots. We are hoping to find some ‘old school mechanics’ at points along the route should anything untoward occur on our journey especially as we hope to be out and about around April 22nd as part of the Historic Vehicle Club’s Drive It Day. We want especially to pay tribute to the United States Air 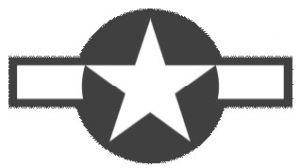 Force whose bombers were based on eighteen of the thirty-seven airfields in Norfolk while not forgetting the Dutch, French, Scandinavian, Australian, Canadian, New Zealand, Czech and Polish aircrews who contributed so significantly.

If you are able to support Minors on Tour, please make your donation payable to Walsham Memorial Village Hall and, if you are a UK taxpayer, you will be able to complete a Gift Aid donation form which will allow our charity to recover a further 25% from Government.

There will be more information in next month’s Observer. The book will be much later!

Tour Map – The current location will be mapped as the tour progresses.
Sponsorship Form