Too Young to be a Doctor 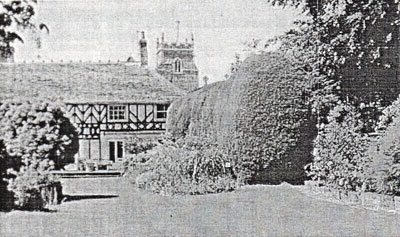 Dr Alec Russell and his wife Hilary arrived at the Beeches Walsham on a bleak day in February 1952, the day that King George Vl died. At the age of twenty-six, Alec’s youthful appearance led some to ask if he was a “properly qualified doctor”, the patients having transferred from Dr Poignand, a bachelor who had died in harness at the age of seventy-six. The new doctor was confronted with a seven-bedroom house. There was no bathroom; no repairs had been done for several years, and the three-acre garden had been left unattended for a long time. However his ability to purchase the property from his future partners enhanced his chances of appointment, there being more than one hundred applicants for the post.

He entered the world of twenty-four hours a day, seven days a week contract. There was no extra pay for out-of-surgery calls and salaries were vastly inferior to the current remuneration. Fortunately our young doctor had joined a practice of three partners who took turns to cover for emergencies, so they could sometimes have free evenings or weekends. Should any partner be called out for an out-of-hours visit on four or more occasions in a night, he then received a sweetener from his partners of a bottle of champagne or whisky for his trouble.

Ancillary help was in short supply. For four years our young doctor worked single-handed, doctoring, keeping “inadequate” records and doing his own dispensing. Later the practice employed a dispenser and could rely on the service of a district nurse and a district midwife. Most babies were born at home and the doctor attended most deliveries.

Today the Woolpit practice comprises essentially the same villages as the practice of 1952, but there are now six partners, four WTE (Whole Time Equivalent) assistants and sixty ancillary staff working from Woolpit Medical Centre, including physiotherapists and paediatricians.

21st century clinicians now dispense some 250,000 items of medicines compared to the estimated 100,000 items fifty years ago. At that time there were medical conditions for which no medicines were available. Asthma, hypertension, mental illness and many other conditions were treated with one of three standard medicines:

The medicines were contained in one gallon jars. They were diluted by the doctor, one part in four, using in the early days water from the outdoor well and handed to the patient in 12oz bottles. In 1952 these medicines were free of charge. The one shilling charge was introduced in 1963.

In the early days there was no appointments system, you just turned up at the surgery. Some partners thought it looked good if there was a queue in the street, but the advantage of the appointments system in the sixties were obvious. In an age of very few cars, the number of home visits by the doctor was much greater than today. Doctors made a point of visiting on a regular basis. This too was still an age of deference towards the doctor. One patient died because despite severe abdominal pain, he refused to call the doctor on Christmas Day. Referral to hospital was much less common and consultants there were more often general practitioners promoted for a particular flair. Special trained consultants were far fewer. For some conditions specialists from Cambridge or Ipswich would hold clinics, perhaps once a month at the Bury Hospital.

Over the years life expectancy has risen by nearly ten years. With programmes of immunization, once serious conditions including diphtheria, smallpox, tetanus, mumps, measles and rubella are largely in the past. Commonplace surgical procedures such as hip or knee and aortic valve replacements did not exist, but are now very successful. Information and discussion in the media, especially television, have demystified certain practices and given us choices unheard of fifty years ago. However even in those days, if Walsham residents were unhappy with the extreme youthfulness of the new doctor, they had the alternative of visiting Dr Coffey’s surgery held in a room in the post office where the postmaster Mr Collins was also the pharmacist. This arrangement was short-lived and our young doctor went on to serve this community for 42 years.

He has seen many changes in Walsham, such as the disappearance of most of the twenty-two shops which were there when he arrived in 1952. Alec’s late wife Hilary developed the garden at the Beeches and was a founder member of Walsham Gardens Weekend. This has been a great fund raiser for many years.

In retirement Alec sees the pendulum swinging back on some issues: home births are on the increase, and he is lobbying strongly for the return of all out-of-hours care to be with registered general practitioners, rather than leaving it, as has recently happened with tragic consequences, in the hands of agencies. Some years ago Doctor Russell was elected District Councillor and he says he had the greatest satisfaction in seeing the council ban smoking in public places. This was three years before government legislation, so Walsham, as usual, was the forerunner.

In 1901 an order was made by the Light Railway Commissioners authorising the construction of a light railway from Bury St Edmunds to Stanton, South Lopham and Diss. This was to have branch lines including one that started in the parish of Stanton and ran seven miles and five furlongs through to Barningham, Market Weston, Garboldisham, Blo Norton and South Lopham. Another was to run two miles six furlongs and six chains, again commencing in Stanton and running thence through the fields in an easterly direction passing into the parish of Walsham le Willows and terminating at Fishponds Lane.

The proposed railway line had been discussed in the village on several occasions. In June 1900 a meeting was held in the Institute and Reading Room to decide where the proposed station should be built. It was presided over by Mr T. Colson and among the forty villagers who attended were Dr Butler, Messrs I. Clarke, H. Nunn, S. West, Kenny, Baker, Stevens, Clamp, Cash, Bullock and Oxborrow. A vote was taken on which end of the Fishpond Lane the station should be erected, the majority opting for the end that joined the Wattisfield Road.

The order stated that the gauge should be four feet eight and a half inches, the motive power steam, the speeds not to exceed 25 mph. Land required would be compulsory-purchased, and a total of 9 railway bridges over roads and 5 bridges over the railway would be built. There would be level crossings and gate where needed. At Walsham there would most likely have been a crossing on Summer Road and Wattisfield Road.

It was stipulated that the charges for bicycles and tricycles must not exceed 6 pence and parcels under 7lbs would cost no more than 3 pence. The maximum fares for passengers would be 3 pence per mile in first class, 2 pence per mile in second class and 1 penny in third class. For capital the Railway Company was to sell 17,000 shares at £10 each. However the plans did not go ahead which certainly was partly due to the immense national cost of the Boer War. If the station had been built it undoubtedly would have felt Beeching’s axe in the 1960s, but its very construction in the early 20th century would have made Walsham a different place from what it is today. 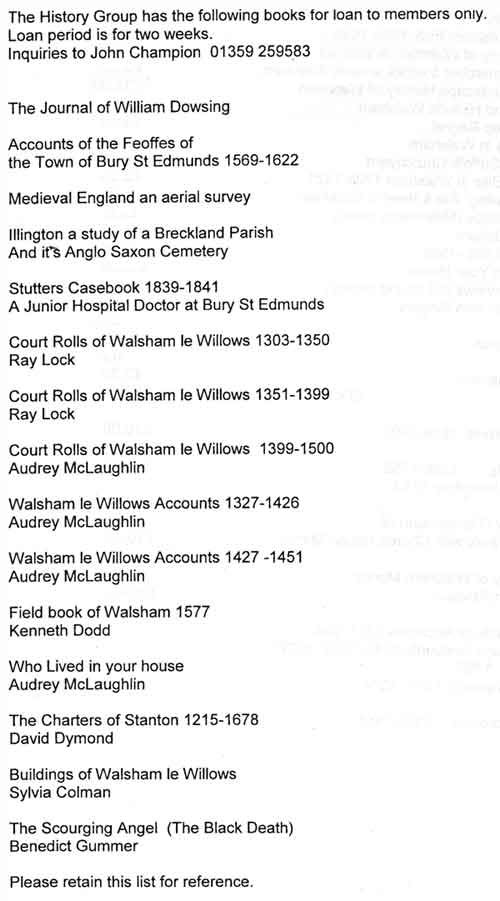