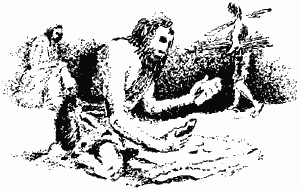 Walsham le Willows is a rectangular parish with a stream running down the centre. To the west the soils are predominantly gravel – to the east mainly clay. This has influenced the pattern of settlement.

The first signs of human occupation occur in the Mesolithic period (c6000BC), the hunter/fisher people.

Waste flakes from pre-historic flint-knapping were found all over the parish – but the largest numbers were in the West Street area. 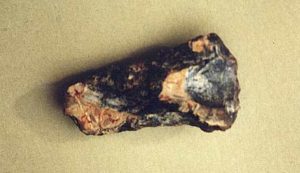 With the arrival of agriculture in the Neolithic period (c4000–2000BC), the lighter soils were more easily managed by primitive implements. This axe-head was found at Willow Tree Farm amongst a large number of flint tools and flakes were found – but no actual settlement. 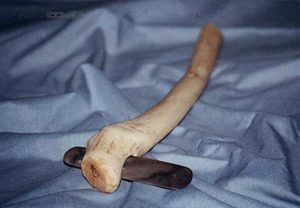 The axe-heads would have been fixed into a handle like this reconstruction. 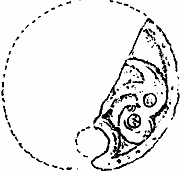