At the Epiphany Singers’ concert in 2016 I asked the audience to become Organ Donors. On this occasion the request was not medical, but to support our project to replace the St Mary’s church organ, soaked by rain from a past leak in the roof, and slowly becoming irreparably damaged.

Walsham responded to this appeal with incredible generosity. The late Dr Russell and his family took a keen interest in supporting the future of the organ, and the irrepressible Ian Toulson undertook a cycle tour of every cathedral in mainland UK to raise funds (see below).

During the interregnum, the PCC felt they could not justify placing the organ appeal ahead of the pressing need to be able to fund a priest for the Benefice, and the needs of the church fabric. Even though the project was temporarily suspended, the organ appeal fund continued to swell to its current amount just short of £30,000.  Community interest in the future of the instrument has never been lost.

Now, at last, with a new vicar at the helm, and a (nearly) watertight church, we have news for all our generous supporters. A Porritt Organ, beautiful and perfectly sized to replace our much-loved instrument, is available and, equally important, affordable. This organ has the approval of our team of organ experts, including David Hill, of the Epiphany Singers. It will have more variety of sound, and an electrified action. It should last for at least 50 years and probably many more.

There are still many formalities we must complete before we can embark on the actual work of  organ transplant, but we are very hopeful that mid 2018 will see the new Porritt organ in place.

Once the project is up and running, we hope to involve supporters with activities such as a trip to the organ workshop, and a talk about church organs.

On behalf of Rev. Merry and the PCC, many thanks to all who have supported this aspect of the church’s future, and we shall keep you updated as the project becomes reality. 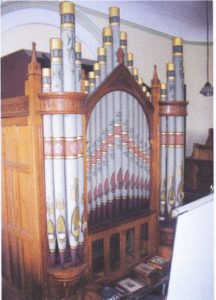 This Organ with mechanical Action has been identified, and it has been recommended that it is electrified so that the specification can be increased and a detached Console can be used.

All component parts are being restored before installation. Tonally it is extremely good with the pipework in good condition. The Organ itself was overhauled in the 1990’s. 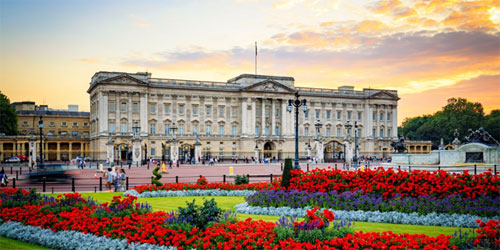 Ron and Ella Higginson had the idea and the drive to make this happen. They would like to thank Mark himself and everyone who came to the talk.  A total of £746.30  was raised towards St Mary’s Church fabric fund, £114.30 of that was from the sale of tea and cakes. Special thanks go to the bakers who excelled as they usually do! Joan, Angela and Debbie were also our amazing tea ladies on the day.

Ron and Ella would also like to note that this event could not have got off the ground without the help and organisation of Maggie Barber, Judith Harlow and Ian Bartholomew.

Those of you who were lucky enough to attend the Epiphany Singers concert in January, and those who are assiduous readers of The Walsham Observer, 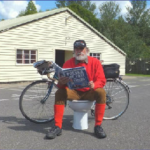 will have been made aware that Ian ‘Red Sox’ Toulson undertook another of his long distance cycle rides for charity in early 2017, this time to raise money for St Mary’s Church Walsham.  Seventy-five percent of the money raised will be going to The Organ Fund and the remainder to the Fabric Fund.

All expenses, for the ride and its promotion, are being met from Ian’s own pocket  –  although a number of kind friends are providing him with overnight accommodation where his route miraculously passes their homes.

Follow Ian’s progress here on the village website where regular posts will be made as he lets us know of his current position on the route.

If you would like to sponsor this act of pedalling lunacy, taking in a number of Cathedrals in England Wales and Scotland whilst covering a distance of some 2,500 miles, then please complete the sponsor form.  Find out more about all Ian’s previous fundraising cycle rides here.

Alternatively you can scan and email to Ian at iandmj@tiscali.co.uk
Ian will contact all sponsors on his return.

Get Ian’s Diary of an Organised Cycle Ride documenting his trip.

I have often heard it said, and in Walsham’s Village Hall Coffee Shop too, when people come to look at someone else’s life or to re-assess a situation of their own “Ah well, you can’t turn the clock back”. Yes, the years slip by so easily and entry into that select company of octogenarians does make one take stock of one’s self. But I am of the school which believes even if “you can’t turn the clock back”; you can at least try to “wind it up again”.

So, as I am entering my eighties, I have given myself a challenge to cycle around Suffolk, revisiting familiar places and finding some, as yet, unexplored corners, to experience what cannot be felt in the car, the physical, sensory and emotional feel of the diversity of Suffolk’s landscape. It is a beautiful place, bearing comparison with my home county of Norfolk!

This record of my odyssey in April 2015 will, I hope, highlight something of Suffolk’s unique character, its landscape, its buildings, its history and be of interest to other lovers of where we live. I take note of Benjamin Franklin’s observation, “We do not stop playing because we grow old. We grow old because we stop playing”.