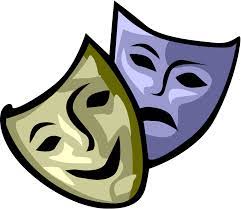 The Walsham-le-Willows Drama Group has been in existence for over 20 years.

Past productions have included Pantomime, Variety Shows and a Murder Mystery play. 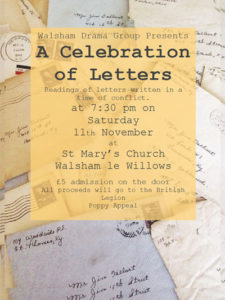 The group is currently ‘resting’ but will occasionally present one-off productions one of which will be ‘A Celebration of Letters’, for the Armistice Day Memorial on 11th November 2017.  See the events diary of for details. 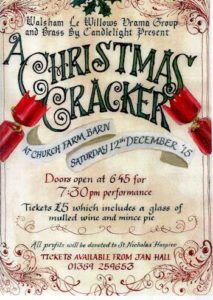 One of the last regular productions the group staged just before commencing a rest period was with Brass by Candlelight presenting ‘A Christmas Cracker’.

Although not actively recruiting, new members of any age or ability are always welcome for on-stage, backstage or front of house roles in readiness for a return to the footlights.